The Octavians [ˌokˈteɪvɪæns] are among the best-known vocal ensembles in Germany. They are multiple prize winners of various a cappella competitions and are distinguished by their homogeneous sound and musical versatility. The Octavians’ repertoire includes sacred and secular a cappella works from over eight centuries, from the beginnings of polyphony to contemporary jazz and pop.
Over 500 concerts have taken the Octavians to all corners of Germany, including performances commissioned by the Jena Philharmonic Orchestra, the Thuringian Ministry of Culture and the Federal Ministry of Education and Research. International concerts took the Octavians to Tunisia as cultural ambassadors for the Goethe Institute and to China as members of a city delegation. On further concert tours, the eight singers traveled across Europe, for example to Switzerland, England, Italy, Spain, Sweden and France.
The Octavians received their first award in 2010 when they won 1st prize in the national competition “Jugend musiziert”. A year later, the group faced international competition at the a cappella festival “Vokal total” in Graz and earned a silver diploma. This was followed in May 2014 by 3rd prize in the category “Classical Ensemble” at the German Choir Competition. The Octavians celebrated their greatest success to date in 2017, where they triumphed at the international a cappella festival in Leipzig, winning 2nd prize (with 1st prize not awarded) and the coveted audience award.
In 2011, the Octavians released their first recording “Auftakt” on the classical label “querstand”, which offered a comprehensive overview of the artistic spectrum of the singers. In 2013, “Goldene Zwanziger” was released on “Rondeau” – a tribute to the Comedian Harmonists, which also includes jazz and pop standards from the 1920s to the 1960s. In 2015, the Octavians presented their first Christmas CD, “Es naht ein Licht.” A live CD including a DVD was created from the recording of the anniversary concert in Jena’s Volkshaus, on the occasion of the group’s 10th anniversary. In cooperation with the Academic Orchestra Association Jena, the medieval stanza cycle “Kreuzleich” by Heinrich von Meißen in a modern recomposition by composer Karsten Gundermann was recorded for the first time on the label “Genuin” in 2019. The group’s latest album was released in 2021, entitled “Minutes from Centuries”, in which the group presents their favorite pieces. 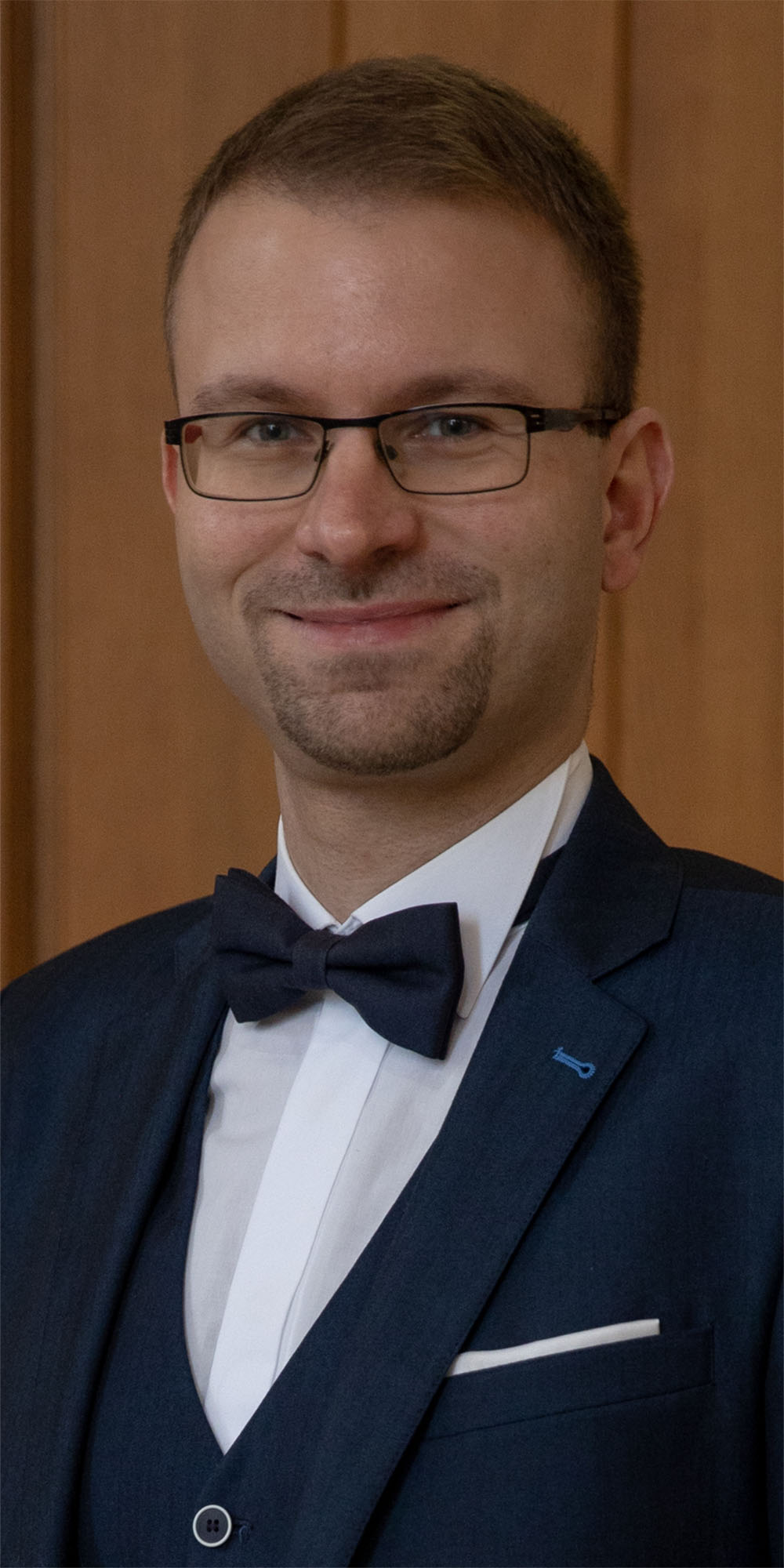 Musically, Matthias was influenced by his many years of membership in the boys' choir and madrigal circle of the Jena Philharmonic Orchestra. In addition, he was active in several projects with the GewandhausChor under the direction of Gregor Meyer and Alan Gilbert. Matthias is a founding member of the Octavians and their association chairman. In concerts he appears as moderator and conférencier. 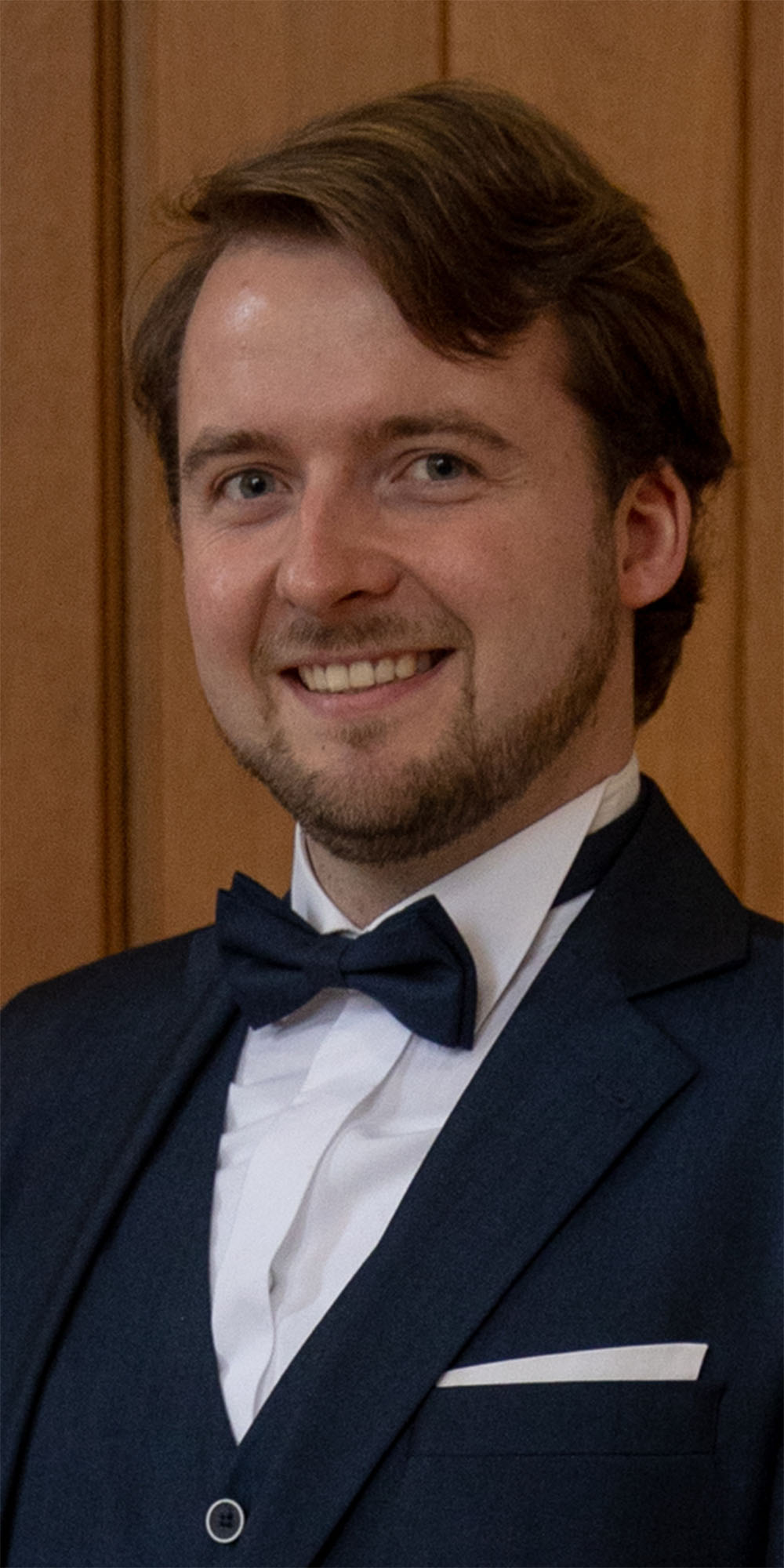 For Jakob it was clear from an early age that music would always be the center of his life. Thus, at the age of 6, he took his first piano lessons with Andreas Kasper, who accompanied him until his studies of school music. At the same time, he sang in many choirs throughout his life, including Capella poetica, the Basilikachor St. Paulin Trier, the Chamber Choir of the HfM Franz Liszt Weimar and VoCompany, and took voice lessons with Antonia Lutz, Uwe Götz and Martin Ulrich. At the age of 18 he won a composition competition of KultCrossing. He is active as a choir director, singer, beatboxer, arranger and music producer, among others for the vocal ensemble picturesque. So in 2020 he found his way to the Octavians in the course of some commissioned arrangements. 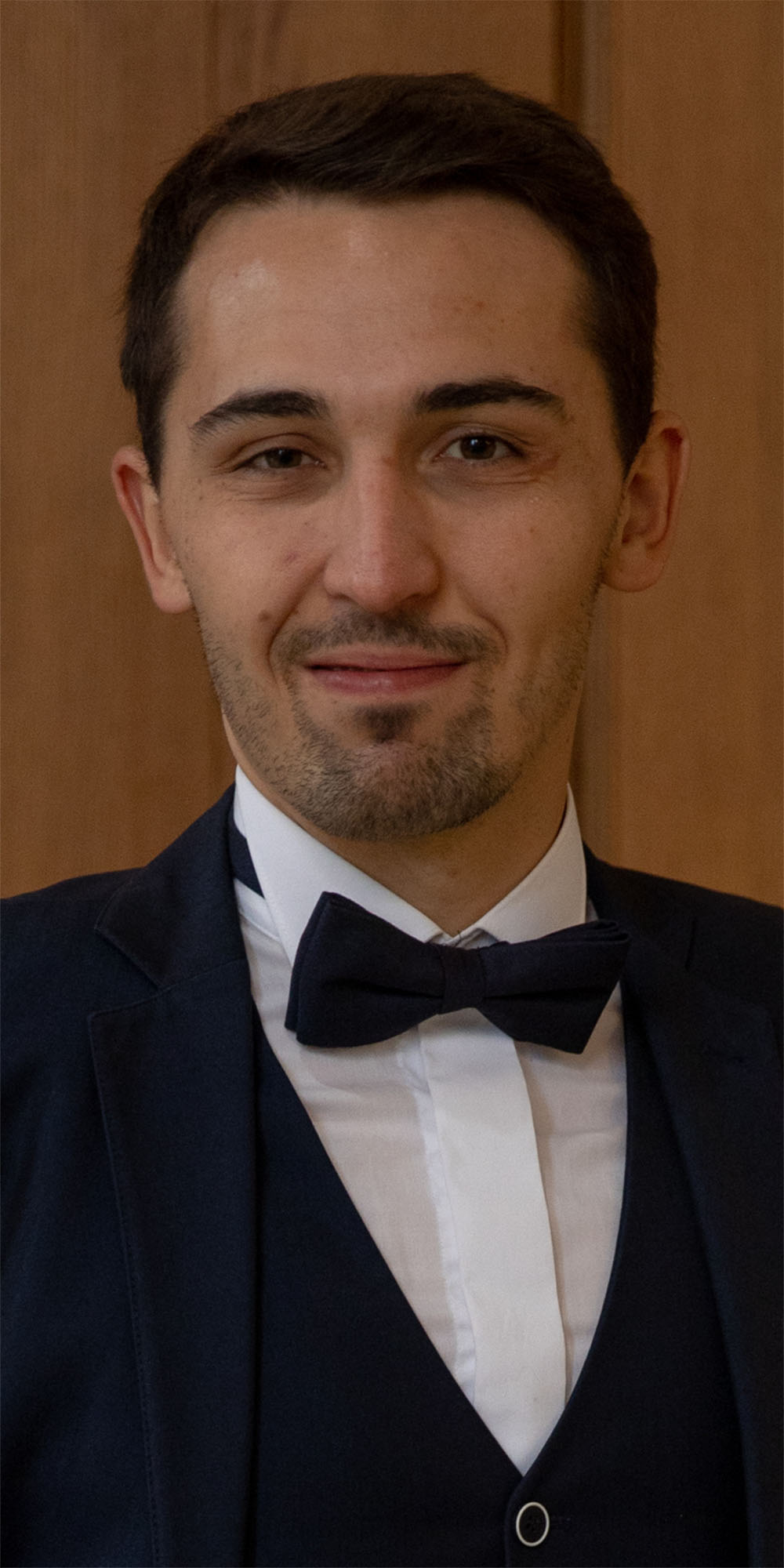 In his first years of age Clemens discovered his fascination and passion for music, which induced him to take classes at the Music and Art School Jena. In primary school age he introduced himself at the Boys’ Choir Jena where he was familiarized with choral and solo singing. Meanwhile he can look back on ten years of musical education. Beside Clemens established himself at the Jena Madrigal Choir. This chamber choir enabled him to witness several projects with other German choirs and music groups. 2017 Clemens joined the Octavians, which are an ambitious ensemble, where he can pursue his musical aims. 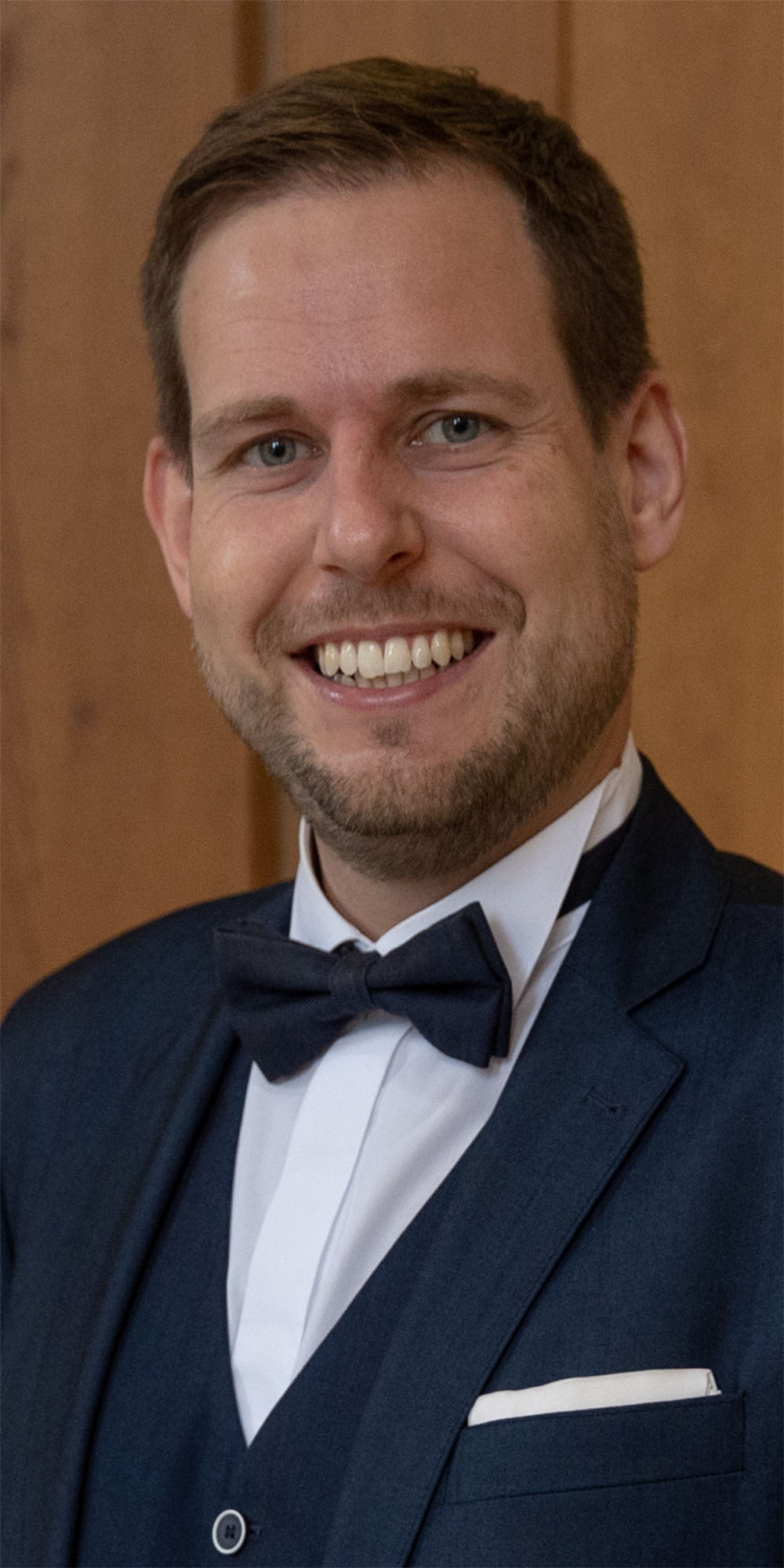 At the age of six years Christian started to play violin and participated, as a part of his musical education at the music school of Wittenberg, successfully at competitions like “Jugend musiziert” several times. He obtained a comprehensive secondary musical education at Schulpforta, where he was active for its school orchestra. His vocal abilities he trained through individual voice training and as a longtime member of the youth choir of the school. Above he sang at the „Florelegium Portense” choir under the direction of Kersten Lachmann. Subsequent he became a member of the Chamber Choir of the University of Music Franz Liszt Weimar under the direction of Prof. Jürgen Puschbeck (2009-2012). There he worked together with Nicolas Pasquet and Thomaskantor Georg Christoph Biller. 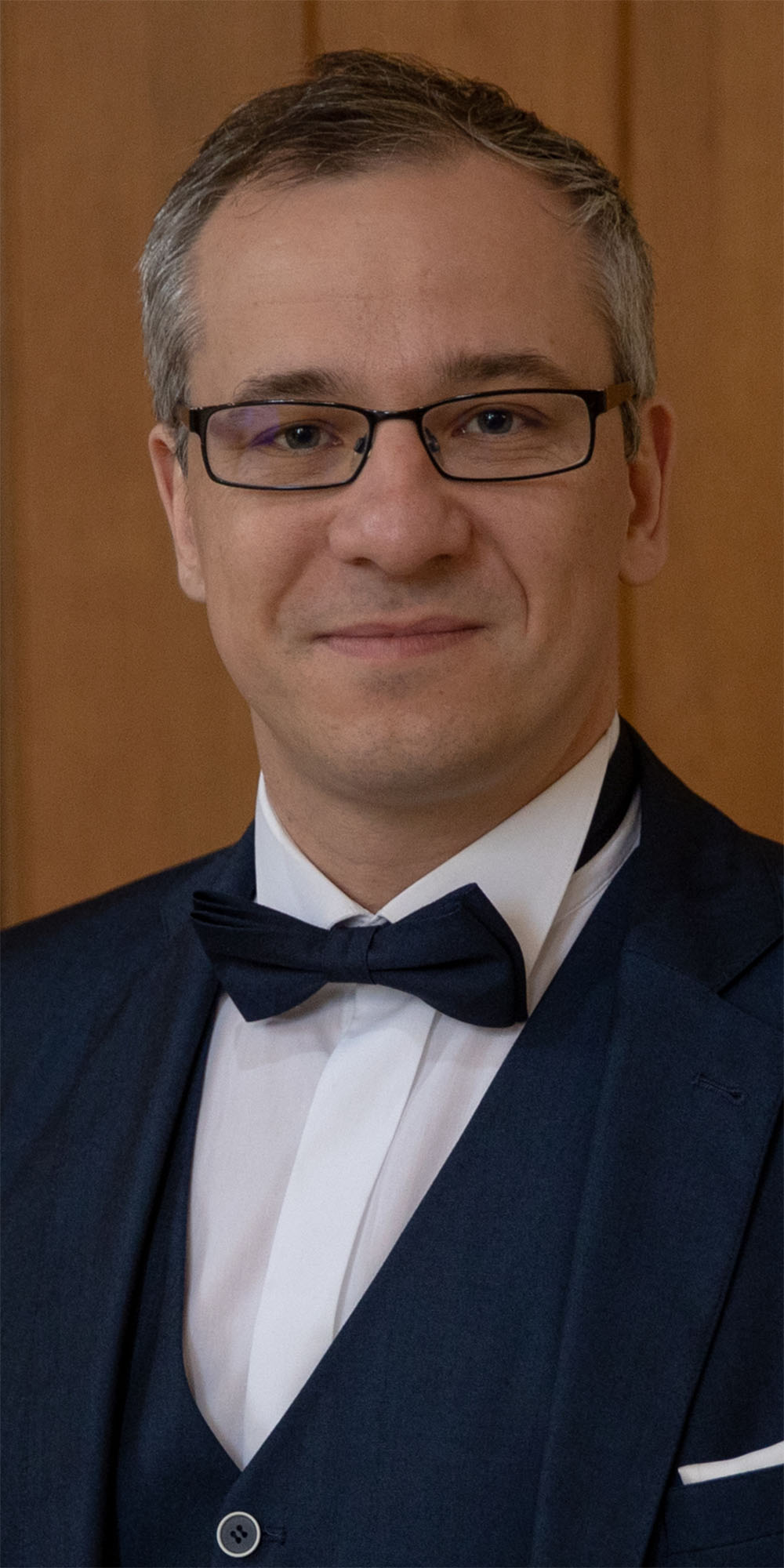 In the year 2009 Martin, the first singer of the group’s history, who never has been a member of the Boys‘ Choir Jena, joined up to the Octavians. Prior Martin had obtained a six years piano education and had been active for the Jubilee Singers Jena for many years. Beyond he contributed at several Gospel, church and youth choirs as well as at the GewandhausChor Leipzig. Beside his vocal activity Martin has played electric bass in various bands since his 14. year of age and is responsible within the group for the mixing as well as for sound recordings at acoustically amplified concerts. Since spring 2022 Martin is the musical director of the Octavians. 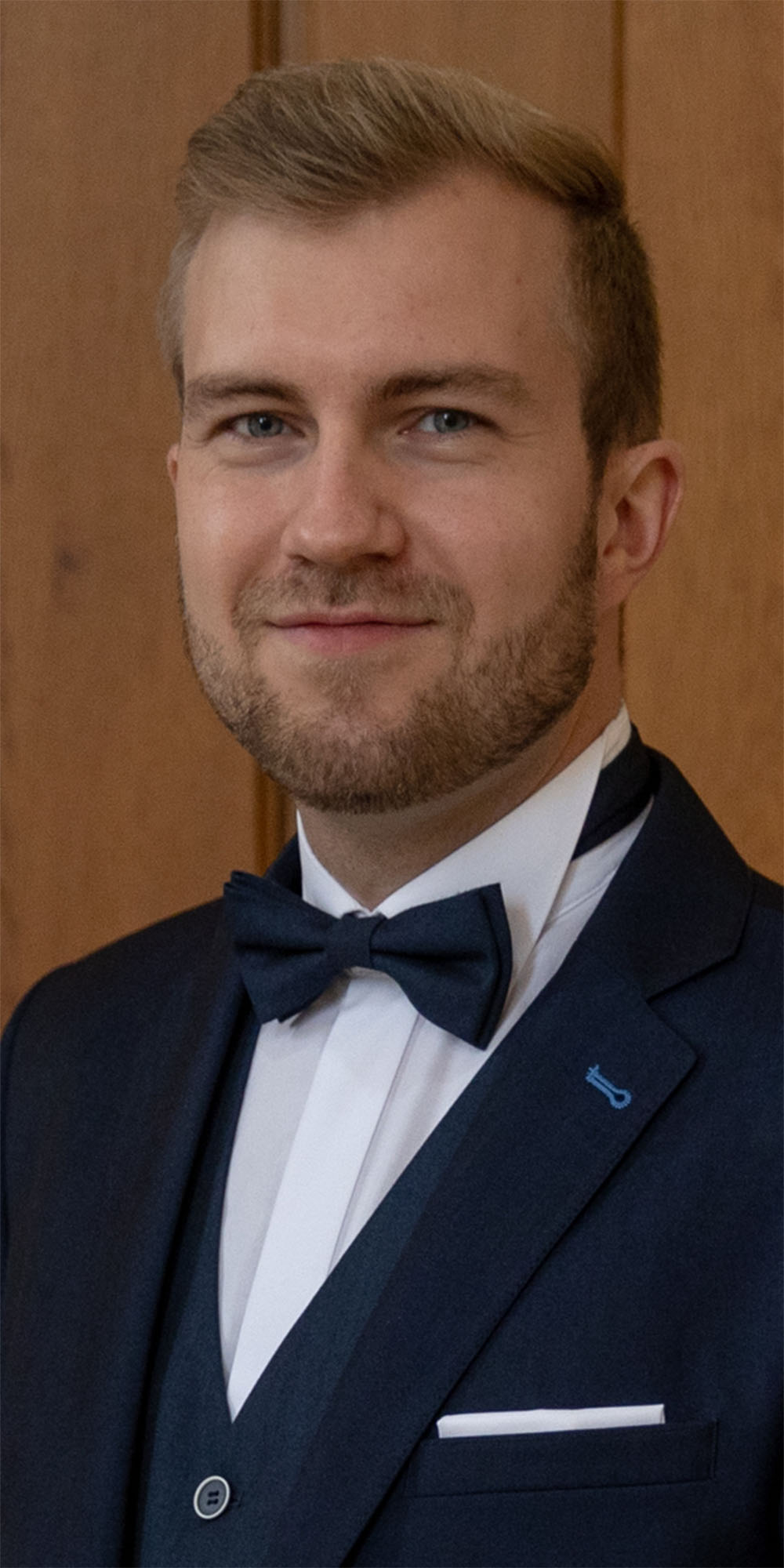 Friedmar's career as a singer started in the Erzgebirge mountains in saxony where he was part of the Carol singers of his home region. It continued with his time at the boys choir "Dresdner Kreuzchor" under the conducters Roderich Kreile and Peter Kopp. This time was characterised by an intensive vocal education. After finishing school he started a male ensemble -vocal_he:arts- with his classmates and his enthusiasm for singing in smaller ensembles grew. During the past years he has already sung at the German national theatre Weimar participating in the Opera choir for the operas Tannhäuser (Wagner) and Otello (Verdi). Besides singing in many different vocal ensemble projects around Weimar e.g. with Gudrun Bär, Christoph Hiller and Dominik Beykirch, he has also been a member of the chamberchoir of "Hochschule für Musik Franz Liszt Weimar" under the direction of choral conductor Jürgen Puschbeck. Since September 2021 he is part of the Octavians as their bass. 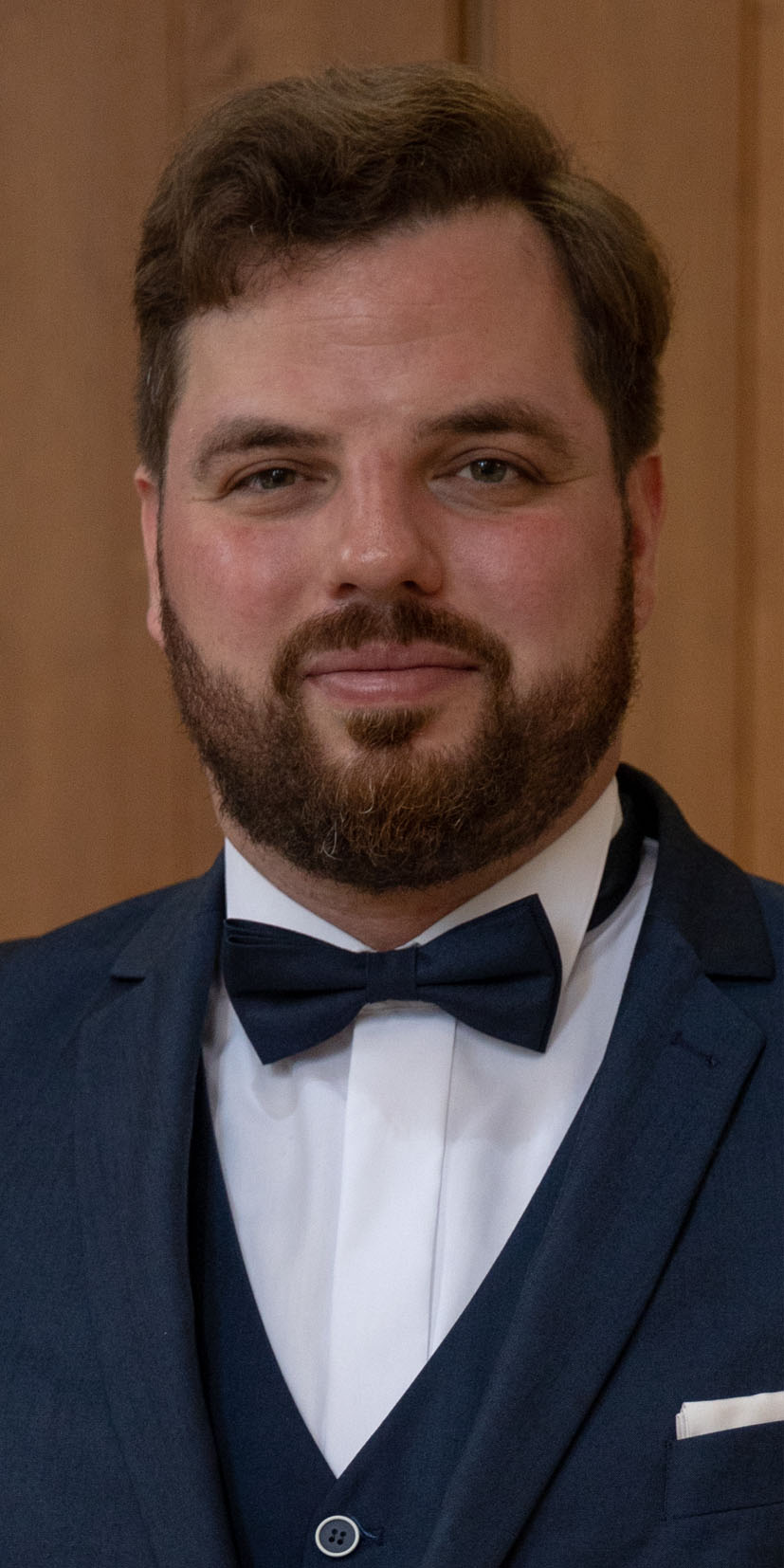 Johannes passed his musical education at the Music and Art School of Jena and later at the Boys‘ Choir Jena. He was a member of the Chamber Choir of the Dresden Frauenkirche and the Chamber Choir of the University of Music Franz Liszt Weimar and contributed project-based at the Dresden Chamber Choir and the GewandhausChor Leipzig. As part of his singing career he worked together with Christian Thielemann, Hans-Christoph Rademann, Isaac Karabtchevsky, Jürgen Puschbeck, Matthias Grünert and Gotthold Schwarz. Johannes is a founder member of the Octavians, but left the group study-related at 2008. Since 2016 he’s back again as a Bass. Within the group, Johannes acts as the organizer around the concerts.